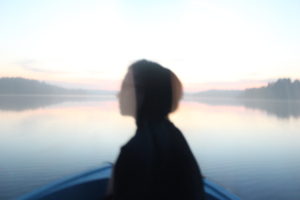 Morten Poulsen is a danish sound artist, composer and underwater-drummer whose constant curiosity and playful approach have been breaking boundaries between music genres since early childhood. Starting as a 5 year old, constructing his own instruments out of wood scraps, he later pursued his passion for rhythms into a career as a drummer in jazz and improvised music, performing with fellow young artists from around the world, until he in 2014 destroyed his drum set in a performance, signaling a turning point in his practice.

Morten has since shifted focus to a sonic art practice, where he is currently interested in sound and sonic practice as a way to explore intersubjective relations and socio-political topics, and he seeks to challenge our role in the spectrum between passive hearing and active listening. His works are presented in a multitude of formats, as installations, performance art and recordings, or very often a mix of all of them.

Morten’s portfolio presents a wide range of engagements. Since 2014, he has released music on his own record label Outrovaert, including the internet-based audiovisual Dark Web, has created performances that break with conventional concert formats, presented site-specific sound installations, organized and produced cultural events, been a DJ at a local jazz radio, collaborated with visuals artists and contemporary dancers, been artist in residence at Elektronmusikstudion (Stockholm, SE), Bergen Center for Electronic Art (Bergen, NO), the Danish Institute (Athens GR), and is currently touring internationally with the underwater-orchestra Aquasonic.